The date and place of submission of RFP document will be notified on www.pmkvyofficial.org at a later stage.

▪ With an aim to empower country’s youth and continue the journey of Skill India Mission in building India as the skill capital of the world, The Ministry of Skill Development and Entrepreneurship (MSDE), Government of India, launched the third phase of its flagship scheme— Pradhan Mantri Kaushal Vikas Yojana (PMKVY 3.0) on January 15, 2021.

▪ Like in the case of its predecessor scheme, PMKVY 3.0 also has three kind of training routes: Short term Training (STT) for fresh skilling of school/college dropouts and unemployed youth, Recognition of Prior Learning (RPL) to recognize the existing skills and Special Projects (SPL) to address skilling requirements of the vulnerable groups and permit certain flexibility in conduct of Short-Term Training (STT).

This scheme will have two components:

A. Centrally Sponsored Centrally Managed (CSCM) known as the Central Component to be implemented by the National Skill Development Corporation (NSDC).

B. Centrally Sponsored State Managed (CSSM) known as the State Component to be implemented by the State Skill Development Missions (SSDMs) / respective Departments of the States / UTs.

Total target of the scheme will be divided approximately in the ratio of 75:25 between Central and State Components respectively. However, States having performed well and willing to take higher targets shall be allocated accordingly based on assessment of their performance.

PMKVY 3.0, being a demand-driven scheme, training target may be dynamically fixed as per recommendations.

Under the Centrally sponsored Centrally Managed (CSCM) component of STT under PMKVY 3.0. A total of 200,000 targets are to be allocated to training providers under this component.

The allocation of training targets to States and Districts under this scheme has been done on the basis of weighted means of indicator values under three categories namely, population, industry and labour supply.

Details regarding the RFP process

This RFP is intended to implement Phase 2 of PMKVY 3.0 CSCM-STT with a total training target of 1,11,087 across 579 districts in 37 States/ UTs. The state and district-wise breakup of the targets to be allocated under this RFP is given at Annexure-I.

For detailed information regarding the Notice for Pradhan Mantri Kaushal Vikas Yojana (PMKVY) 3.0 CSCM-STT for FY 2020-2021, click the below link: 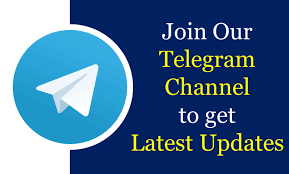